A Sense of Proportion and Puritanical Love of Simplicity: The Furniture Designs of C. F. A. Voysey

C. F. A. Voysey (1857-1941) was one of the leading architects of the Arts & Crafts Movement.  He was of the generation that immediately followed A. W. N. Pugin and E. W. Godwin and, like them, saw the architect's role as not to simply design a building but also to design the objects and furnishings that would be found within it, from the paper on the walls to the cutlery on the table.  Even before his architectural career was fully established, he was widely celebrated as the leading pattern designer of his generation and would go on to design metalware, lighting, sculpture and ceramics.

Voysey had a long career as a furniture designer; his earliest design dating to the mid-1880s and his last to the mid-1930s but, as with architecture, it took many years of trial and error for him to 'find his feet'.  By 1900 he had matured into a consumate designer of simple, austere oak furniture and was creating the iconic pieces that would influence the designs of Frank Lloyd Wright and Charles Rennie Mackintosh and which, even today, remain highly valued in design collections worldwide.

Tony Peart is a Senior Lecturer in Illustration at the University of Cumbria and a Trustee of the C. F. A. Voysey Society (voyseysociety.org).  He has researched and written about most aspects of Voysey's decorative design and related nineteenth and early twentieth century decorative design.  He is currently preparing a monograph on The Birmingham Guild of Handicraft and is in the early stages of researching British-manufactured anthroposophical furniture.

Members will be emailed the link one week before the lecture, non-members can pay £5 to attend via this link. using event code UMEHEH 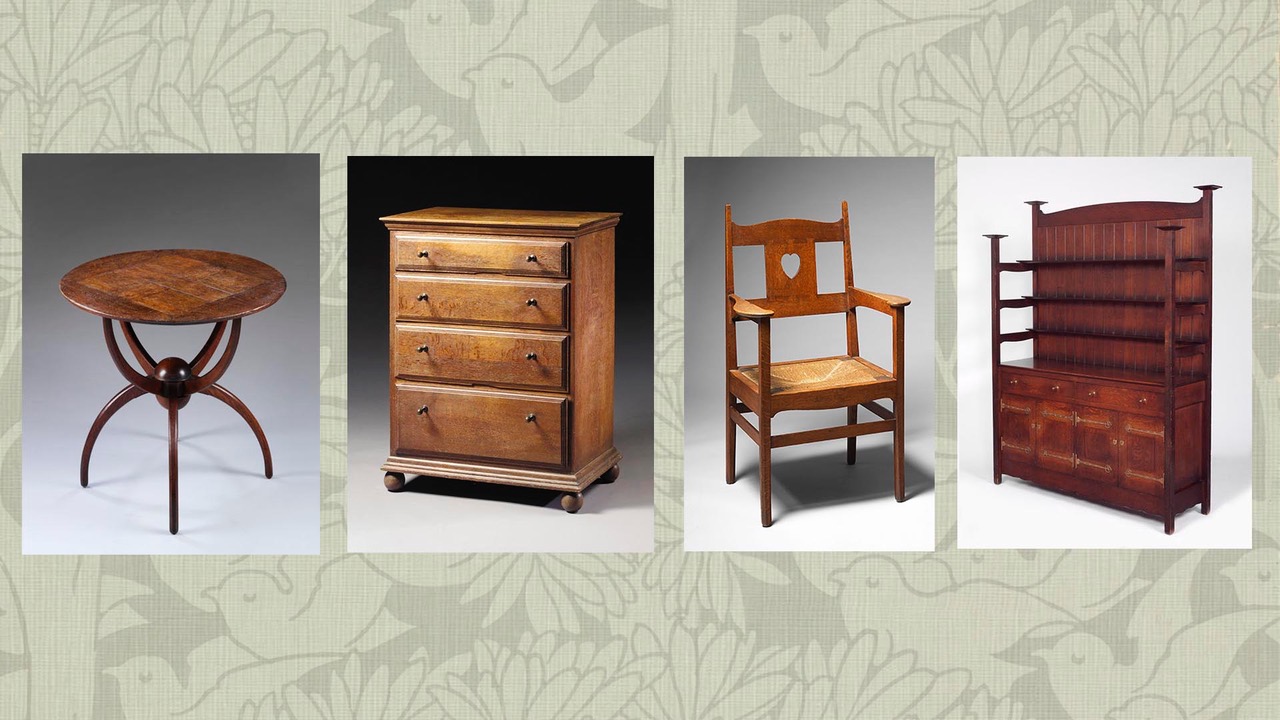