Preston Manor is the former manor house of the ancient Sussex village of Preston, now part of the coastal city of Brighton and Hove. The present building dates mostly from 1738, when Lord of the manor Thomas Western rebuilt the original 16th-century structure (part of which remains inside), and 1905 when Charles Stanley Peach's renovation and enlargement gave the house its current appearance. The manor house passed through several owners, including the Stanfords, after several centuries of ownership by the Bishopric of Chicester and a period in which it was Crown property. We will have a house tour with an emphasis on furniture with Paula Wrightson, venue officer at Preston Manor.

Then continuing the theme of last year’s Annual Symposium on George IV, we will visit Brighton Pavilion. Begun in 1787 it was built in three stages as a seaside retreat for George, then Prince of Wales, later Regent in 1811. This visit, with David Beevers, Keeper of the Royal Pavilion, will specifically examine new loans from the Royal Collection.

This visit, for members only, costs £65 including lunch and tea/coffee.  Payment can be made here.  The Event Code is UBUMEM. 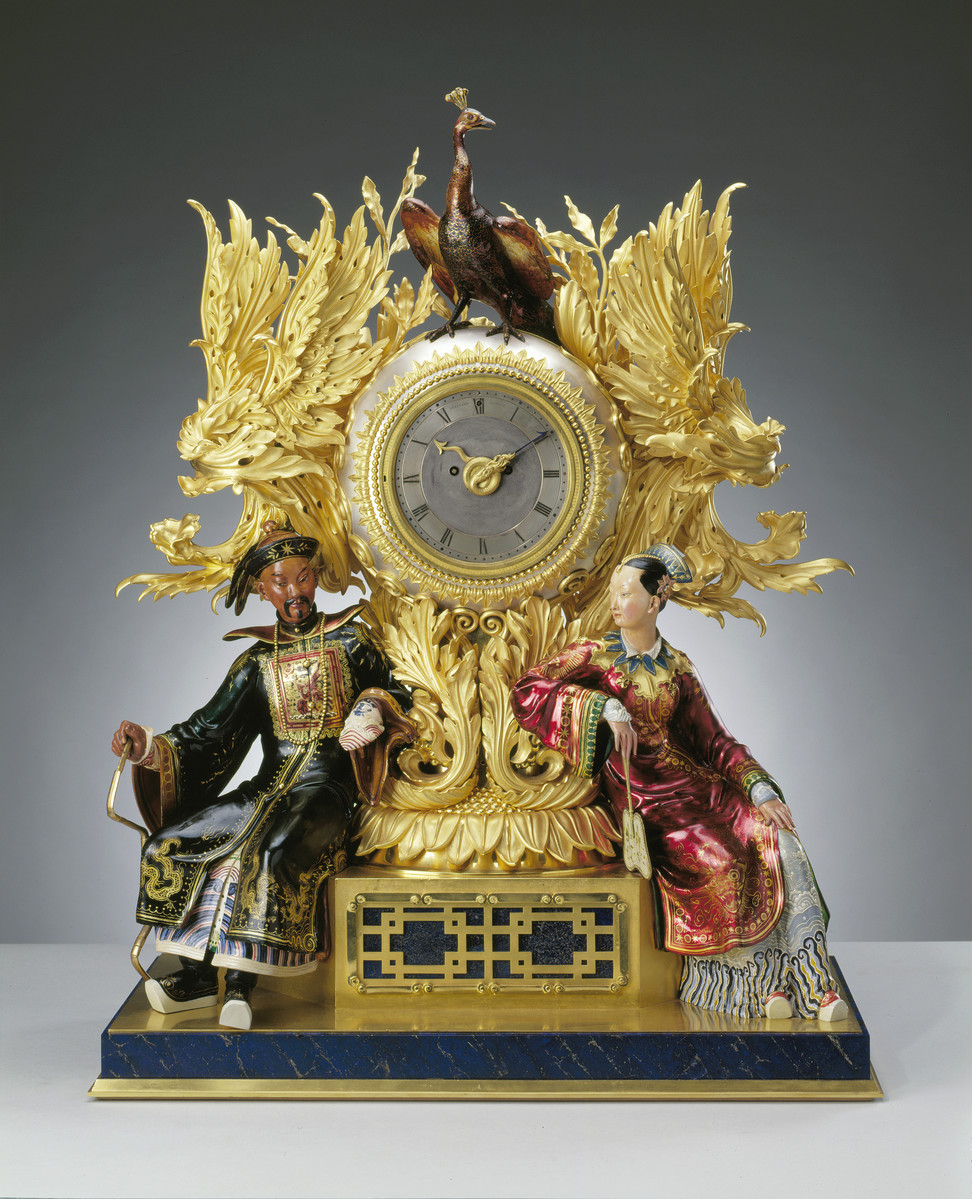 Clock designed for the Banqueting Room of the Royal Pavilion c. 1819.  Designed by Robert Jones and made, or compiled, by B. L. Vuillamy.  Royal Collection Trust / © Her Majesty Queen Elizabeth II